Pollard PLLC has defeated a bid to send a financing dispute over approximately $2 million to arbitration.  The dispute arose out of a series of loan transactions via which firm client ES American Finance (“ESAF”) loaned $2.8 million to a company called Paytoo.  Paytoo is a mobile wallet solution.

According to the complaint filed in November, Paytoo had repaid a $1 million promissory note to ESAF, but failed to repay $1.8 million loaned under various other Investor Financing Agreements.  The complaint also alleged that Paytoo had failed to provide an accounting and failed to pay out a contractually obligated profit share.

Paytoo moved to dismiss the complaint, arguing that the entire dispute was subject to arbitration.  ESAF opposed arbitration.   Although the promissory note contained an arbitration provision, that provision was narrowly worded and only applied to disputes arising under that specific contract.  ESAF was not suing for breach of the promissory note.  Instead, ESAF’s claims were predicated solely on breach of the Investor Financing Agreements.

Jonathan Pollard argued the motion for the firm and was assisted by attorney David Yaffe.  The court ultimately agreed with ESAF and denied PayToo’s motion to compel arbitration.  According to Pollard, who is no stranger to arbitration, “If given the option, you sometimes have to make a strategic decision about when to stay in court and when to arbitrate.  There are lots of factors at play. We want this one in court.”

In addition to PayToo, the complaint also names a principal of the company, Michel Poignant, who has personally guaranteed certain of the debts at issue.  ESAF is seeking several million dollars due under the Investor Finance Agreements in the form of principal, interest, a profit share and attorneys fees. 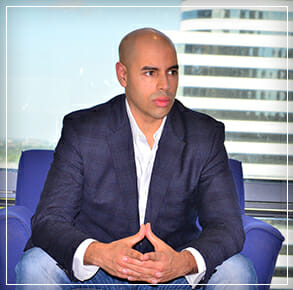 Pollard PLLC is a litigation boutique based in Fort Lauderdale, Florida.  The firm has extensive experience litigating complex commercial matters and can be reached at 954-332-2380.